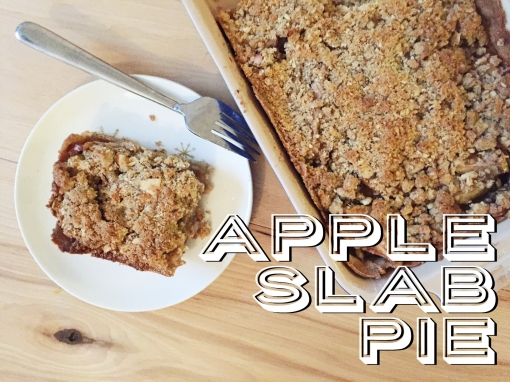 It’s apple picking season! So time to break out the apple recipes. We went apple picking and got a 1/2 peck of golden delicious, empire, and a few red delicious.

I took at stab at making this apple slab pie, since I had some leftover dough. It would normally call for a 9×13 pan, but i didnt have enough dough, so I halved the recipe and put it in a smaller, rectangular pan (probably equal to about 8×8, just proportioned differently) and it worked out perfectly. I veganized the recipe, added some of my own elements. I will DEFINITELY be making this again. It turned out to be so fantastic!