We had a blizzard on sunday, which got me in the mood to do some sewing. A few years ago, I picked up these star wars sheets at the thrift store for milos big boy bed, only they are too small. I almost threw them out recently, but decided to keep them, just in case the crafting bug were to hit. I’ve made pants a few times now, out of old sheets, and its pretty easy to do and can be whipped up in no time. This time around, I had a helper. Milo did alot of the pinning, and helped me figure out the seams. He helped me prepare a bobbin, and I even let him do some sewing towards the end of the project. Good teamwork!
He loves his new pants!!

I have a pattern I use from a book, which looks like its out of print, but its very similar to this tutorial here.
I use my pattern, but then use a pair of existing pajama pants to adjust to make the size work to be a little bigger, since I have a growing boy! 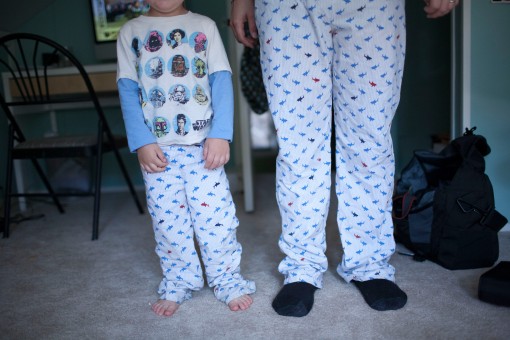 As promised, the adult size shark pants are ready. Now milo and his dad can match!

I found these shark sheets at the thrift store a few weeks ago and today milo requested I make him some shark pants.  When Dj got home milo suggested we make a pair for him too, so be on the look out: daddy sized coming up soon! 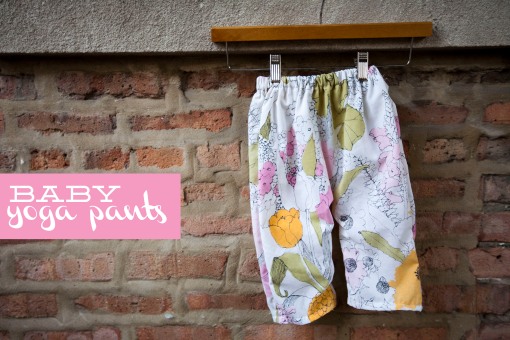 This is another project from Meet me at Mikes, ; this was my first attempt at making pants of any kind. I cut the pattern wrong the first attempt and I had a little snafoo with the elastic, but everything was really easy and well explained. The pattern looked huge, but once you get going and you get the elastic in at the top, they look pretty normal, AND pretty cute! These are supposed to fit babies 9-12 months old. I think that’s pretty accurate. I made these from a sheet I got at the thrift store, so once again, these cost me probably under a dollar to make!